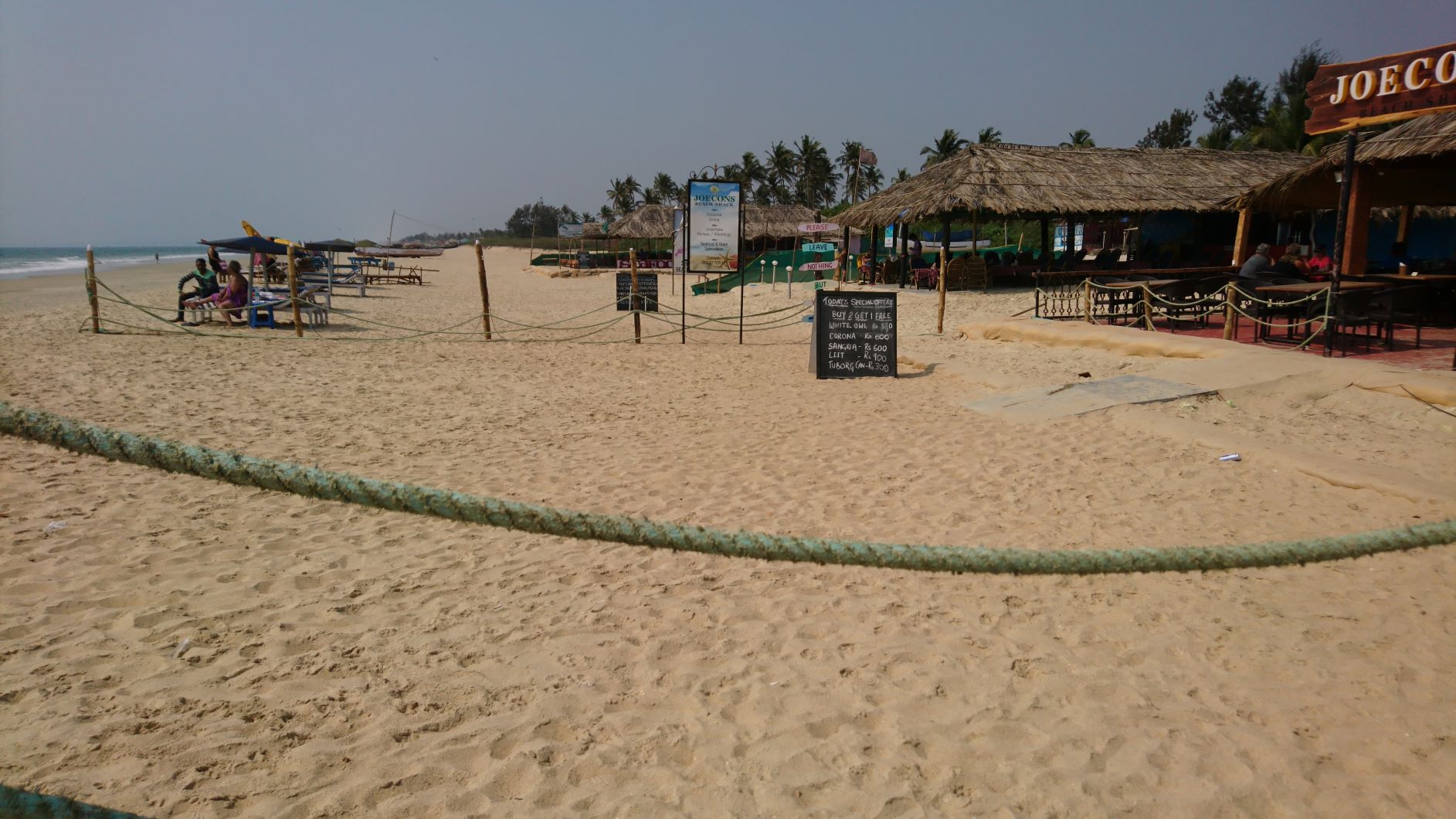 Just a quick post this time, as we had a short stop here – just 3 nights. We found South Goa to be much quieter than North Goa, possibly because the locals don’t holiday here – it’s mainly foreign tourists (and end of season), and we had a lovely spacious room in Godwill Casa, with some funky bespoke beds – fantastic for the kids !

The coast here has much wider beaches and softer sand (it squeaks as you walk on it, like pisted snow). The sea was not as rough in the mornings, but by the afternoon had huge waves like in Anjuna. The kids loved the beaches once again; we explored Benaulim and Varca beaches – the latter mostly via a 2km walk which was traumatic due to Elliot’s flip-flops rubbing on his feet (we modified them with a pair scissors for day 2). South Goa seems pretty much devoid of tuk-tuks – there are packs of hungry taxi drivers with clean white cars, found playing cards outside the gates of the large resorts, and ridiculous prices – we paid £4 to go about 5km to the next beach (and then walked back in the afternoon, stopping every so often for a dip to cool down). There is no Uber service operating in the area – a situation the local drivers are obviously keen to maintain.

The afternoons were quite often spent in our air conditioned room as it was very hot, and we found an excellent and very cheap place for dinner – involving a lot of delicious tandoori chicken tikka and selection of breads.

We visited San Thorne museum which was a rather dull collection of back in time pieces from typewriters, calculators, gramophones, roof tiles, irons and other household items, much of which can be found in antique shops (or parent’s attics) back home. Their main claim to fame was a huge anchor of the same design (and possibly size) as that of the Titanic. It was however, very hot and we were all sweating profusely by the time we left, in need of a very cool drink which we found in a café opposite.

We had another early morning start (a 5:30am rip-off taxi to Vasco da Gama) start for our penultimate Indian train journey to take us to Hospet Junction to explore the ancient city of Hampi. It was about an hour and a half late to arrive in Hospet, but the train was air conditioned, and the time passed fairly quickly.