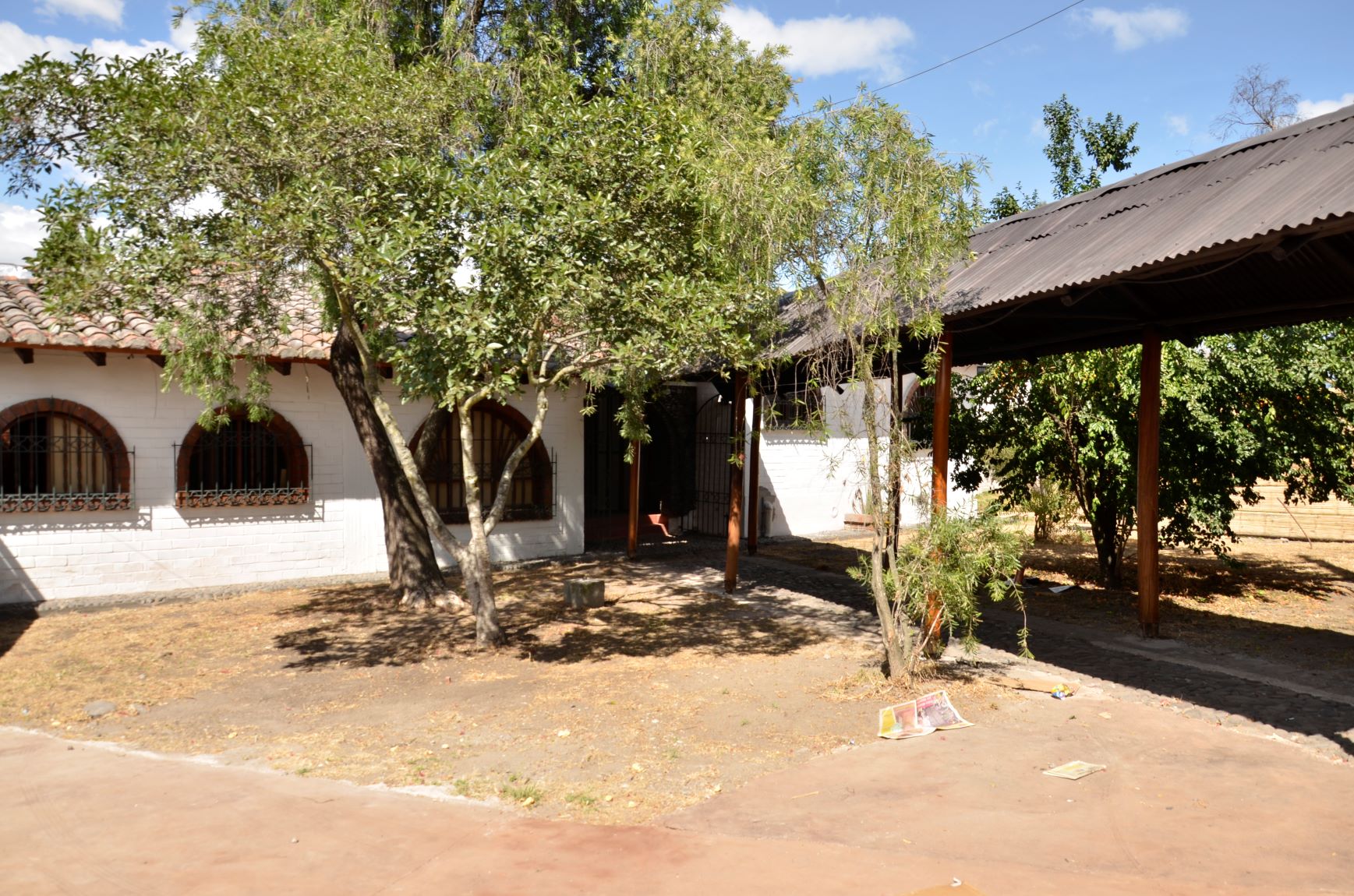 We arrived into a cold and rainy Ecuador on New Year’s Eve and made our way to our hostel – due to be a one night stop before moving on the the Galapagos Islands the following day. However, a cough that Jessica had developed was getting worse, and in the evening Nick took her into hospital. On the verge of being discharged with antibiotics, she was admitted after the paediatrician heard her have a bad coughing fit and was given oxygen and antibiotics (thought it was whooping cough).

For her admission, an upfront payment by credit card was required, but she had her own room with TV and bathroom plus space for one of us to stay with her.

Meanwhile, back in the hostel, I had very little sleep on New Years Eve due to the music which played all night (it was still playing when we left to go to visit Jessica the following morning). The next day we moved to an apartment closer to the hospital, so we could walk to visit Jessica, and Nick and I took turns at staying overnight. After the third night, she was much better and discharged from hospital, but was told she needed another week of rest. So we found another apartment – closer to the centre of town, cheaper and much better with plenty of space, cooking facilities and with Netflix to help pass the time. Highly recommended – here’s a link to Deparramento El Dorado.

We spent some of our time in Quito cancelling our arrangements for the Galapagos Islands, with Latam agreeing to refund our flight costs (although we have yet to receive all of the money several months later), and our travel insurer agreeing to cover the hospital costs for Jessica’s treatment. However, we didn’t want to rebook anything until we were quite sure Jessica was fully recovered. Elliot also had his birthday the day Jessica came out of hospital, so it wasn’t quite the birthday he had hoped for on the Galapagos, but we tried to make it special!

We gradually explored parts of Quito – the nearby park Parque El Ejido which was busy at weekends and a really pleasant space with food and drink vendors, pedal bikes and carts for hire and a good helping of play areas.

We visited the historical centre (El Centro Histórico de Quito), including the museum inside the Catedral Primada De Quito situated on the Plaza Grande. However, there was no information in English, so we learnt what we could from our limited but improving Spanish. We saw the impressive Iglesia de la Compania de Jesus but only from the outside. We found the Plaza de San Francisco where the Christmas decorations were being taken down and local kids were feeding the pigeons.

After viewing it from the city, we went (by taxi, though you can walk up) to visit La Virgen de El Panecillo, a statue of the Virgin Mary on a hill overlooking the city. The 30 metre high statue is clad in numbered aluminium plates; it was designed and built in Spain, shipped to Ecuador, and its resurrection completed in 1975. Quito is at a fairly high altitude, and once you get up to the view point you are at 3,027 metres above sea level and have fantastic 360 degree views of the city and surrounding, heavily populated areas. There are tourist markets and eateries on El Panecillo behind the statue, but we decided to walk down to the Old Town and caught the metro bus to get back to our apartment (we had used it previously to get around – it’s only 50 cents for an adult, and half price for kids to go anywhere in the city), but in the squeeze onto the bus my phone got pickpocketed! Fortunately it was only the second-hand phone bought in Australia with a cracked camera lens, but it was nevertheless very inconvenient and a reminder to avoid cramped public spaces. Unfortunately Quito is well known for its pickpockets.

In order to give Jessica some more recuperation time, and feeling the need to move out of the city, we searched for and found a Workaway in the nearby town of San Rafael. This was a small, but busy town on a main road, but had all the amenities we needed nearby – pizza restaurant, supermarket, bakeries and mini markets. We spent our time helping a group of 3 friends get their bar/disco/hostel business ready for opening. The incoming electrics were a mess (and a hazard) which Nick sorted out with a new cable, but most of the other work was cleaning, sweeping and a bit of painting. We had exclusive use of a basic 3 bedroom cabin in the grounds of the building we were working on, and could cook meals for ourselves there. The kids invented the ‘bear workshop’ by collecting all the tools that were lying around the site, and then trying to sell them back to the workers – most of their trade came from their Dad!

We ventured out to the local towns of Sangolqui to the markets and to a large shopping centre at San Luis. We used the local taxis here, which used their meters and didn’t try to rip us off. Uber were generally the same price or more expensive.

On one of our weekends off we went to explore a local walk recommended by one of our hosts, frequented by many families. This was an ascent to Cruz del Ilalo. A steep unrelenting climb in scorching sunshine, but the views from the top were amazing and well worth it!

We also arranged our long awaited trip to the Galapagos in our downtime, and this is where we headed to next, after a night in a hotel near to Quito airport to refresh with a hot shower and to leave our two largest bags for collection at a later date.

One thought on “Quito”