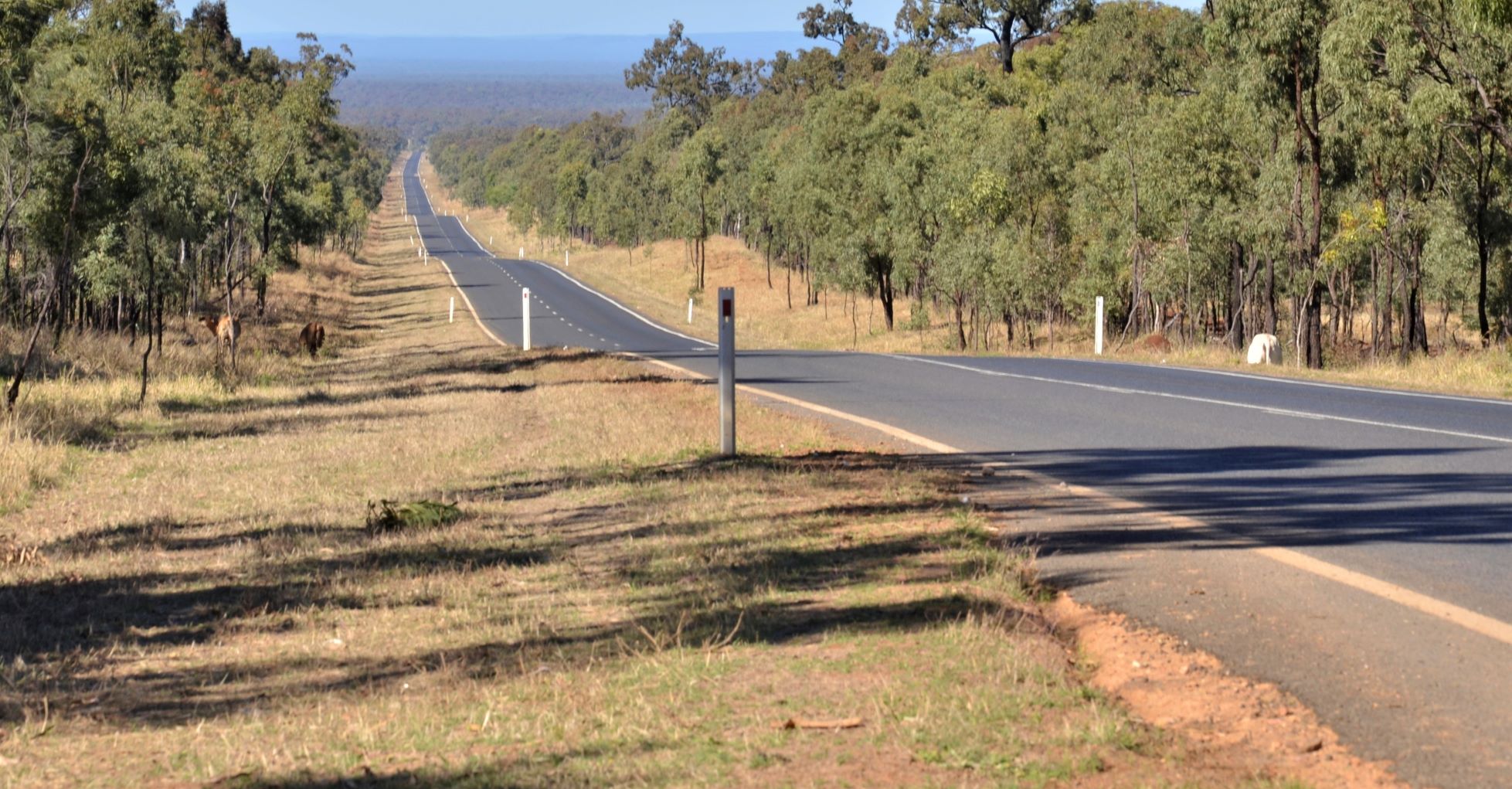 Our first stop on the way to Undara was Innot Hot Springs. Here there is a stream on a gravel bed beside the road, and as different parts of the stream are different temperatures, you can mix them together to create your own pool to a temperature of your liking, just by moving the sand around. Some areas are too hot to touch and you can easily scald your foot if you step into the wrong puddle!

From here we were heading to the Undara Lava tubes, and spent quite a bit of the journey trying to ring ahead and get booked onto a tour – this is the only way to see the Lava tubes as the land is privately owned. We eventually booked onto a tour for later that day, deciding that as it would be dark when we finished the tour, it would be best to stay at the Undara Experience campsite rather than driving 30km in the dark to free-camp and risk hitting some wildlife (road-kill kangaroo can be found every few km around here).

The lava tubes resulted from lava flows from Mount Undara when the gradient of the land, speed and temperature of the lava were just right. The lava flowed down the slope with the top of the lava cooling enough to form a roof whilst the lava below carried on cooling and forming a tube through the ground. On the tour we saw 3 different caves, the last one – the Stephenson cave was huge and had micro bats living inside. The cave walls and roof showed different coloured sediment as well as cave coral living on them. Carbon dioxide builds up in the caves which has in the past caused fatalities. On the surrounding land, there were two different types of ecosystem present – rainforest and savannah. The rainforest needs water and fire will destroy it; the savannah needs fire to rejuvenate and doesn’t need water. On the bus journey to the cave entrance we saw several groups of kangaroos bounding around.

At the campsite we had a camp fire and managed to cook our tea over it – followed by marshmallows (a must for our kids!) on sticks that we’d sharpened with a pen-knife.

From Undara we headed back to the coast to Townsville. Along the way we saw many herds of cattle – sometimes on the main highway, but mostly loitering around huge water storage tanks – the land is very dry at the moment. There were also a lot of road trains using the highway – although we didn’t see any as long as the roadsigns warned they could be, and were fortunate not to meet one on a narrow section of road as it’s our job to get out of the way!

One thought on “Undara”