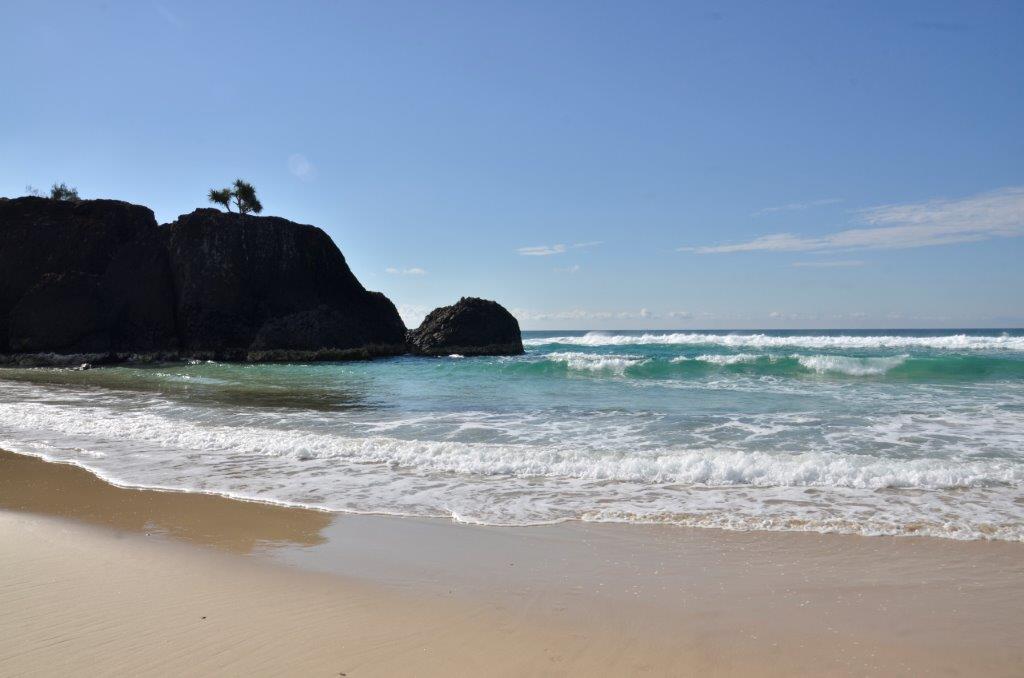 We stopped at Eidsvold, camping overnight in the grounds of the RM Williams Bush Learning centre. Here, there was an early evening light and picture show projected onto a steel sculpture. The show, which included stories told by local people, of life, general goings on and bushcrafts, was somewhat dampened by the noisy, rotating automatic sprinklers periodically heading in our direction throughout the show. According to the kids the highlight of staying here was the large green frog under the rim of the toilet in the morning.

Then on to Gympie where we visited a local Gem Festival (think Car Boot sale for gems, rocks and trinkets) and the Gympie Gold mining and Historical museum, $25 for a family and it was much larger than we imagined from the outside. The museum housed exhibits from the gold mining past of the town and, within the grounds, included a large number of buildings showing all aspects of historical life in the town from a schoolroom, dentists, fire station, police and military. We didn’t really have time to do it justice, but gave it a good shot spending over 2 hours there…

After exiting the museum, we had a quick walk round the neighbouring park and lake, it was a weekend and was very busy with families picnicking and children playing.

On the advice of our campsite owners we drove inland and up through the quaint villages of Montville, Flaxton and Mapleton all of which sit along a ridge offering glimpses of the coast. Coming back downhill from Mapleton we stopped at Marcoola Beach for a while.

We stopped to investigate the area known as the Glasshouse mountains and did a pleasant circular walk around the base of Mount Tibrogargan. To ascend all the way to the summit needed ropes and helmets, although Elliot seemed to want to give it a go. This walk gave us glimpses through the trees of views of the other peaks of various strange shapes.

On our drive South we popped into a supermarket and after driving around the carpark and, establishing that there were no spaces suitable for a long high vehicle, had to park taking up 4 bays! We took the Gateway Bridge over the Brisbane river which was worthy of a quick photo as it was ridiculously high and steep.

From the Glasshouse Mountains, we drove south past Brisbane to Tamborine National Park. Here we walked to Witches Falls along a hilly path through quite dense rainforest. The falls were pretty empty due to the recent lack of rain, which is also having a huge impact on the dairy industry across Australia. After our walk, we went on to Knoll Road Lookout where we made use the free barbecues and did a quick walk to Sandy Creek.

Along the Eastern coast we stopped at Fingul Head to see the mini Giants Causeway – pillars of basaltic rock, not unlike those of the same name in Northern Ireland (just a lot smaller). From a high vantage point we saw, in the distance, a couple of whales heading around the coast. We also visited Dreamtime bay and Maggies Beach further along the coast near Carbarita Bay. We carried on to Norries Head, which has a viewpoint for whale watching, but from here the whales were quite distant, and not as clear as the ones we had spotted from Fingul Head. There were many surfers out on the sea below trying to catch a good wave.

Mullumbimby Showgrounds (these towns have some fantastic names!) was a good two-night stop and gave us a day off driving. In the morning there was a Farmers market which we found to be quite expensive, but it had a nice relaxed ambiance with gazebos up and local singers entertaining the crowds.

The kids each made an art collage, inspired by our earlier trip to the Great Barrier Reef, using collected foliage, shells, soft toys and bits cut out from brochures… They also made lemonade from some gigantic lemons we had found left on a picnic table in a park.

We felt we should visit Byron Bay as the most Easterly point of Australia, so we went to take a look. This was the only place where we had to pay for parking in the whole of our Australian motorhome adventure so far (and the local roads were possibly in the worst condition we experienced too, with huge potholes). We parked up and walked to Cape Byron – the distance turned out to be a lot further than we thought. Nick and Elliot turned back partway in order to avoid a parking ticket whilst Jessica and I continued on to visit the lighthouse – there is a maritime museum in the old lighthouse keepers office here but we didn’t go in. The area around the lighthouse was very busy as coaches take tourists right up to the door. We spotted a few more migrating whales here, but they were very distant – none as close as at Fingul Head.

This section of our journey is shown on the interactive map below: