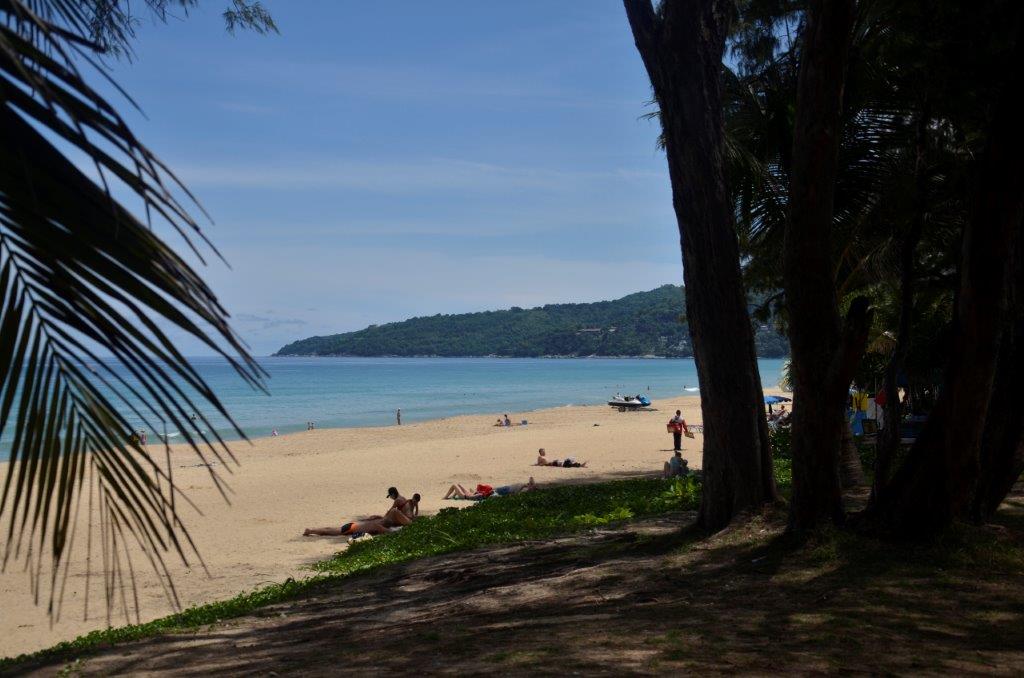 We have handed this blog entry over to Elliot…

We stayed near Kata beach in an apartment (with a kitchen!) a pool was down the road, it was a nice temperature. The hotel pool was very basic, we went in it when it was raining. We tried lots of fruits including mangosteen, dragon-fruit, rambutan.

We walked along a stinky canal beside a stinky river to get to Kata beach. The beach was very nice, the sea was calm, the sand was soft. We walked back through the town seeing lots of crabs and seafood in front of restaurants. A kind lady had a pet lemur and let me touch it!!!!!!!

A chinese man gave us a lift to the shopping centre, we had lunch then spent most of the afternoon looking for toy shops with Lego in. Eventually we found one and spent one hour doing it!

Then a taxi to trick-eye museum (a place where you stand in-front of a wall painting and when you take a picture it looks real!) it was the most interesting museum on the world trip so far! One of the pictures was Hulk doing a wee! We had drinks, thai iced tea, strawberry horrible stuff, chocolate, iced coffee.

Karon beach had slightly bigger waves but it was a longer walk. We only went there once.

Back to the grown ups…
That was the end of our time in Thailand. From Phuket we took an Air Asia flight to Penang, Malaysia..