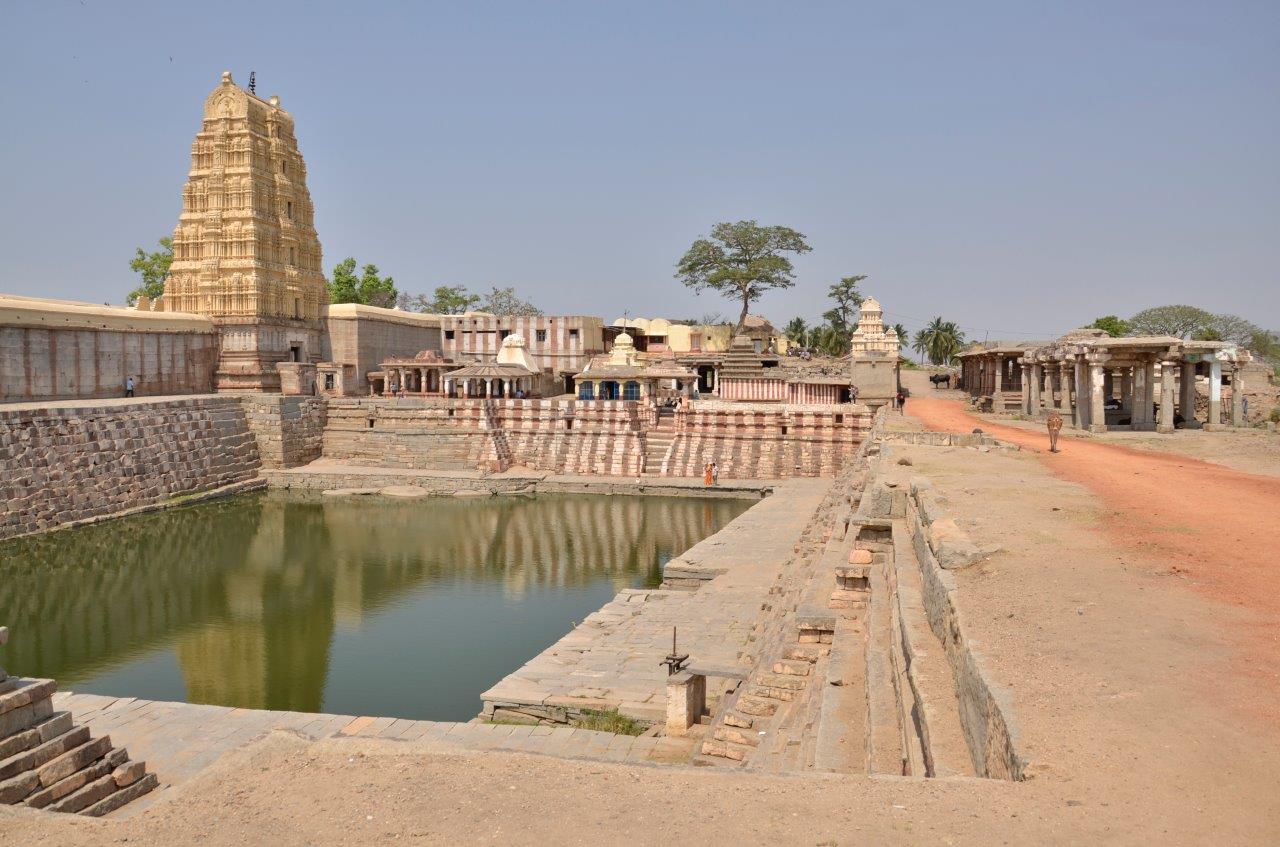 Hampi is an ancient city of palaces and temples dating back 1300 years. In its time it was the second largest city in the world after Beijing. This was our hottest location to date – often in the low 40s Celsius in the afternoon. We travelled from Hosapete Junction to our accommodation via tuk-tuk organised via our host at Thilak Homestay where we had 2 double AC rooms. Our driver Vijay was very friendly and keen to show us around the following day. We accepted his rate of 1200 rupees. I’m sure we could have shopped around and got a cheaper deal, but this included a morning of touring the free-to-visit temples, where he gave a good explanation of each before allowing us to wander at our own speed, dropping us back at our rooms to (literally) chill for the afternoon, and then an evening trip to a good sunset view point up on a hill (including another temple Malyavanta Raghunatha).

The evening trip was quite a distance and Vijay had developed a good rapport with the kids – they took turns riding in the front of the tuk-tuk with him, and he helped Elliot to climb some boulders, so I think we got our money’s worth.

Exploring India with kids in this heat, and with only ancient temples or ruins to visit, is no easy task. The end of March is the end of the tourist season here (due to the heat – to be followed by monsoon rains in June/July). The upside is that on occasion we were the only people visiting a particular place, the downside – that our youngest, Elliot, was struggling with the heat and getting extremely grumpy, wanting only to climb trees or rocks or do nothing at all.

Our second day, again with Vijay, included the Archaeological Museum and Vijaya Vittala Temple (the compound of which houses a famous stone chariot) both of these are covered by the same ticket. We also visited the Zanana Enclosure, which includes a palace (the Lotus Mahal) for the royal women of the time. Adjacent to this is a row of 11 huge and elaborate elephant stables.

On our second evening we went for a swim in the local river. However, the rocks turned out to be quite slippery and there was a bit of a current. But it was good for cooling down.

Some general pictures out and about in Hampi:

Hampi was the last stop on our Indian adventure, from Hampi we caught the train to Bengaluru, then a bus to the airport to fly on to Colombo, Sri Lanka.