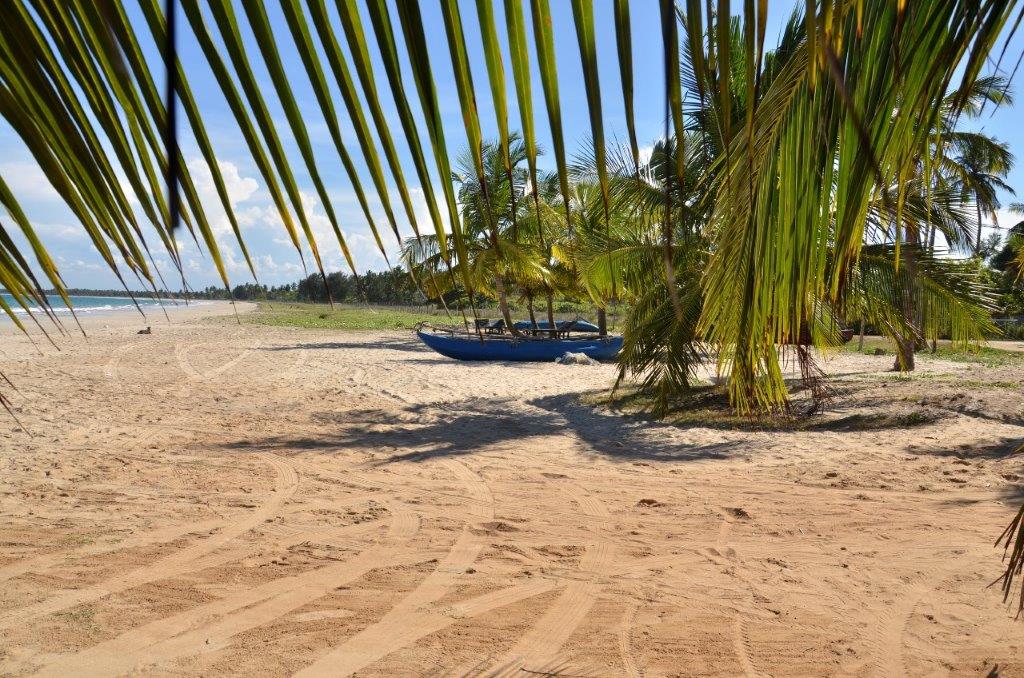 Northwest of Batticaloa, on the eastern side of Sri Lanka, lies the small coastal town of Pasikuda. We had selected this as a destination rather than either Trincomalee, further to the north, or Batticaloa itself, as we fancied a quiet location to spend time relaxing after a busy period of sightseeing in Sigiriya, Habarana and Polonnaruwa. The beaches here had good reviews online and we knew the kids would be in need of water to play in – it’s been very hot since arriving in Sri Lanka!

We had booked 5 nigths in the Gnanam holiday Inn and arrived by train, alighting in the nearby town of Valaichchenai a few km inland. The hotel lobby/restaurant area had table football and a pool table and the two members of staff we saw most of here (Shelton and Nisharth) were great at interacting with the kids – we kept finding Jessica with snacks of different kinds including bananas and green oranges from the hotel gardens! They played pool and drew with them, and we felt completely relaxed leaving the kids in their company.
It was mid-April, close to the start of the monsoon season in Sri Lanka and save a couple of nights, we were the only guests. In general the area felt like a bit of a ghost town – signs of a few tourists in beachside resorts and restaurants but nowhere near capacity.

Pasikuda beach sits in a lovely horseshoe shaped bay offering white sand and shallow sheltered water with soft sand underfoot. Following the tsunami in 2004 which flattened the coastal area (you can see the damage to the trunks of the palm trees up to a height of over 2m), several new resorts have sprung up, and during our 2nd day, despite the beach area being largely unused by the resort guests, we were asked by staff to move on to the ‘public’ area used by the locals and Sri Lankan tourists – we had wondered why it was so busy at the southern end of the beach!
In the water here we were something of a novelty, being of white skin and Dawn and the kids having blue eyes. We didn’t have long to ourselves in the sea before being joined by groups of others wanting to find out where we were from and in some cases just wanting to touch white skin (especially the younger ones).

Kalkudah beach to the south was larger and much emptier with only a couple of small beachside resorts, others apparently flattened by the tsunami, but the waves here are bigger and this is perhaps why it is yet to be redeveloped. At the moment it’s a lovely unspoilt beach, albeit without any shade for most of its length. We spent longer than planned there enjoying the waves (and playing ball with a large family group of Sri Lankan tourists) and got a little too much sun..

From Pasikuda we travelled inland via taxi, to Ella, the roads soon winding around the scenic and lush green hillsides of tea plantation country. A stark and refreshing change from the bone-dry and dusty towns of our Sri Lankan tour so far.